“When I came to Nashville, I was looking for a sound with a rural feel to it and a lot of energy, a sound that was American,” Jason Ringenberg told The New York Times around the time EMI America released the Jason and the Scorchers EP Fervor. “I wanted musicians who sounded like they have dirt under their fingernails. And I got all that.”

Technically a reissue with some additional studio work added, Fervor represents the first offering from Jason and the Scorchers after signing a major label deal inspired by the ecstatic fan base the band was building across the Southern U.S. Understandably heaped in with the cowpunk movement gaining steam at the time, Fervor is largely free of the sense of gimmickry that was endemic to some other bands trafficking in the sound. The tracks balance country twang with rock ‘n’ roll clatter in a way that evokes forefathers such as Jerry Lee Lewis and Eddie Cochran. It’s not merely a case of impish genre melding. Jason and the Scorchers are dead serious about this music.

Appropriately, the EP is a fine introduction to the band’s methods. The opening track, a cover of Bob Dylan’s “Absolutely Sweet Marie,” is delivered with a swinging honky tonk sound and Ringenberg’s keening, hiccuping vocals. The retro rocker “Help There’s a Fire” and the forlorn ballad “Pray for Me Mama (I’m a Gypsy Now)” could have pulled from scratchy 45s found in the dustiest corner or the record store. “Both Sides of the Line,” co-written with R.E.M. vocalist Michael Stipe, shakes free of nostalgic novelty, impressing with its racing rhythm and ferocious guitars. Closing out the EP, it implicitly argues the band has far more in them than might be immediately apparent. The cut is a promise: there’s more good stuff to come. 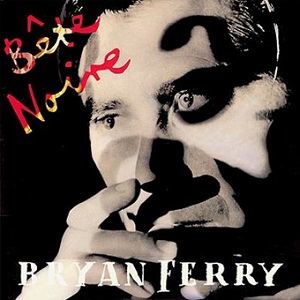 The prevailing view of Bête Noire, Bryan Ferry’s seventh solo album, was that it would deliver the cult hero some long-deserved mainstream acclaim. Awash in the sort of elegant, grown-up pop music that Steve Winwood had recently leveraged into the greatest commercial achievements of his long career, Bête Noire found Ferry strolling through his expected cool fellow at the upper crust cocktail party creative persona with some light dance music elements fizzing around him like champagne bubbles. Ferry had deliberately tried to modify his sound for wider appeal, recruiting Madonna’s True Blue producer Patrick Leonard to work on the album. The results feel more like tweaks than wholesale reinvention, though. Instead, the pop landscape had circled around to the place where Ferry stood, if ever so briefly.

As speculated — or maybe willed into being by the likes of Rolling Stone — Ferry did enjoy a surge of newfound appreciation due to Bête Noire, most notably when the swerving, swooning single “Kiss and Tell” became the artist’s only solo song to crack the Billboard Top 40. There was maybe only so much snappy success the album was likely to deliver, though. Firmly rooted in its style and filled with tracks that stretch into redundancy, Bête Noire proves to be a fairly dull endeavor.

There are occasional signs of engaged exploration on the album, as with “Day for Night,” which pairs a funky XTC-style beat with Ferry’s spectral vocals to create a true sonic oddity. More often, though, the tracks betray a thinness that’s been laden with studio dressings. Drab “The Right Stuff” and turgid, overburdened “The Name of the Game” are prime examples. “Limbo” might be the most telling cut, because of its surface similarities to David Bowie’s less artistically satisfying work of the era that nevertheless accounted for some formidable hits.

Ferry did what he could to capitalize on Bête Noire, including a fairly extensive touring schedule in support of the album despite his oft-stated aversion to being on the road. Any momentum he built was significantly slowed, and then basically halted, when his efforts to craft a follow-up album stretched on for years. About five years passed before the release of Ferry’s next album, Taxi.

The mid-nineteen-eighties was a good time for a band to hail from Athens, Georgia. Thanks largely to the foundational success of the B-52s and then the rocketing emergence of R.E.M., the Southern college town was widely seen as a hotbed of transformational music. Outfits with the right zip code were sure to get a listen from college radio programmers, and a remarkable number of them merited the needle drops.

Love Tractor formed in 1980 and counted R.E.M. drummer Bill Berry among its membership in the scrappiest stretch of their early days (he rotated on percussion duties with Kit Swartz, of the local band the Side Effects, depending on the gig). The band initially specialized in instrumentals, which was surely a boon in the college bars where drink specials were as much of a draw as whatever acts took the stage. Love Tractor was trying to expand their sound by the time they released the EP ‘Til the Cows Come Home, their final outing for Georgia-based label DB Records before jumping to Big Time Records. Since the EP was largely comprised of some stray recordings that hadn’t previously found a home, it can be fairly viewed as Love Tractor closing out the early chapter of their career.

As expected, the material on ‘Til the Cows Come Home is agreeable and little inconsequential, easy to enjoy and forget in equal measure. The mildly spooky jangle of “Neon Lights,” a Kraftwerk cover, suggests the variation that could be found in the earthy guitars, easy rhythms, and earnest vocals that were quickly becoming the defining sound of college radio. The gentle pop twang of instrumental “Cutting Corners (Cultural Version)” and amusingly lax funk number “Greedy Dog” make the same argument of versatility, albeit less convincingly. They have the feel of dry runs. All the cuts on the EP play as sincere, uncertain stabs at creation by a band itching to begin anew.

College radio reveled in a ridiculous bounty of great records in 1984, including foundational releases by the Smiths, R.E.M., Echo and the Bunnymen, Minutemen, Hüsker Dü, the Psychedelic Furs, Depeche Mode, U2, and the Replacements, and those are just the acts who released consensus classics in their respective discographies. Yet when it came time for CMJ to anoint just one cut as the year’s best single, the trade publication bypassed all those acts to champion the pumping rock ‘n’ roll of the title cut on the sophomore album from Connecticut band the Reducers, self-released on their Rave On Records label. Erase the hindsight and the selection makes perfect sense. All across the album Let’s Go, the Reducers are a band fully in command of their craft.

Many of the other artists wresting the college charts away from the thunderous drudgery of legacy acts were pushing musical boundaries, but the Reducers were mostly consumed, it seems, with simply making the best, smartest straight-ahead rock record they could. The music is neither retro nor modern, instead achieving the feat of being both at the same time. “Bums (I Used to Know)” is classic rockabilly with a punk aesthetic, and “Rocks” is reminiscent of the Kinks, if they’d kept retreating deeper and deeper into the murk of the garage. “Your Mother” forecasts the tangy punk-pop bubblegum that would be later be created by All.

The understandable CMJ plaudit aside, “That’ll Be Just Fine” might be the clearest example of how the Reducers could edge right up to an absolutely ideal rock song. It has an irresistible drive and a bright tunefulness to accompany lyrics about accepting the heartbreaking dismissal by a romantic partner, complete with a reference to hurtful trodding upon footwear fashioned out of blue suede, eventually taking a hairpin turn to reveal that acceptance is only because of the certainty the jilting lover will return. The cut’s emotions, storytelling, and cracking musicianship converge perfectly.

In addition to the honor bestowed upon their single, the Reducers were deemed the best unsigned band in the college radio at the time. Some interest from the major labels was generated, but nothing quite came together. The Reducers kept putting out records on their own label and touring regional to a devoted batch of fans. There are far worse fates for a band.