Playing Catch-Up — Keeper of the Flame; A Star is Born; The Front Runner 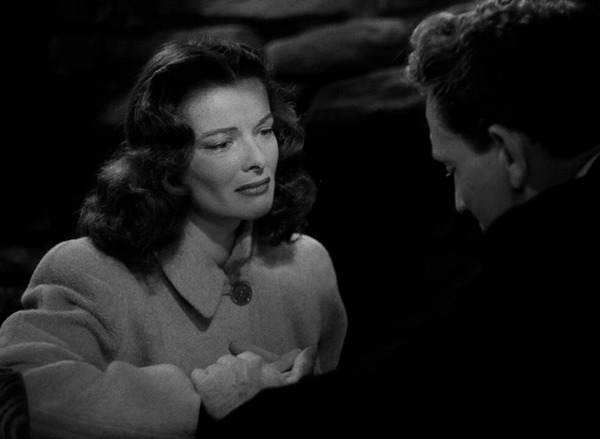 Keeper of the Flame (George Cukor, 1943). Only the second film to boast the famed pairing of Katharine Hepburn and Spencer Tracy, Keeper of the Flame is a stern, stout-hearted drama that too often has the life knocked out of it by a pummeling seriousness. Tracy plays Stephen O’Malley, a well-regarded war reporter who investigates the car crash death of a beloved political leader. In the process, he becomes acquainted with the man’s widow, Christine Forrest (Hepburn). She’s reticent about sharing details of her life with the departed rabble-rouser, and, naturally, suspicions mount and dark secrets begin to emerge. All of the performances are delivered with a hushed intensity, an approach that become tedious quickly. More problematically, director George Cukor never quite gives the film a solid footing. Sometimes he tilts toward a gloom-filled thriller like Alfred Hitchcock might make with the material, and sometimes a Frank Capra-style fable of oppressive systems impeding the mission of true-hearted citizens seems to be the desired tenor. The film was a passion project of Tracy’s. He felt it dramatized an encroaching fascism in the United States and argued fiercely against it. The mission of the film is noble, but the final product is dreadfully dull, unlikely to rouse spirits to take up any cause.

A Star is Born (George Cukor, 1954). Officially the second big screen version of A Star is Born and the first to shape the material into the form of a musical, Cukor’s film is a prime example of the resplendent entertainment constructs Hollywood could dish out with startling expertise in the middle of the twentieth century, after the new art form of cinema had properly grown up and before the brilliant, rebellious reinventions of the late-nineteen-sixties and early-seventies. In this version of the movie story that’s been shared and re-shared to point of fable, alcoholic movie star Norman Maine (James Mason) becomes enamored with Esther Blodgett (Judy Garland), a singer scuffling on the margins despite her knockout voice. Norman mentors and champions Esther, spurring her to an ascendent career even as his starts to crumble, the opposite trajectories complicating a romance that arises between the two. Cukor’s usual deftness is in full evidence here. He uses elegant, extended takes and astute, meticulous depictions of the worlds the main characters move through to craft a vivid, lived-in, emotionally rich spectacle. Mason and Garland are both marvelous, balancing their characters perfectly on the line between archetype and distinct individual. Garland in particular demonstrates how raw star power can be leveraged into a deep, thoughtful acting. 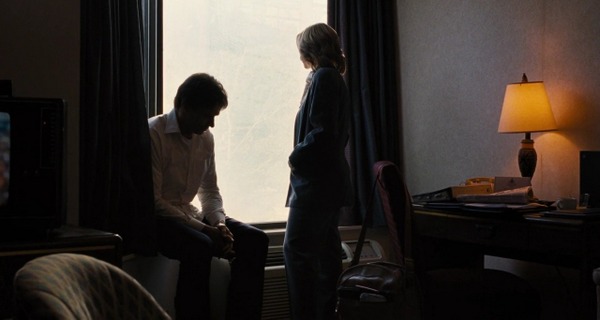 The Front Runner (Jason Reitman, 2018). Jason Reitman’s film about the collapse of Gary Hart’s 1988 presidential campaign is almost entirely devoid of substance, relying on the most facile observations about the U.S. political process. Hugh Jackman plays Hart with the lightning flash aggrieved offense of a man accustomed to getting his way, but he misses the combination of hefty intellect and forceful charisma that made the senator’s hubris-driven self-immolation into a compelling story rather than a mere footnote. The film’s rote, remote nature means an aces supporting cast — J.K. Simmons, Vera Farmiga, and Kaitlyn Dever among them — is squandered. The most notable performance comes from Sara Paxton, who responds with deep honesty to the script’s small, valuable attempt to give Donna Rice a level of personhood beyond her role as “the other woman” in the scandal that ended Hart’s campaign. Other than that, The Front Runner is more re-creation than drama.