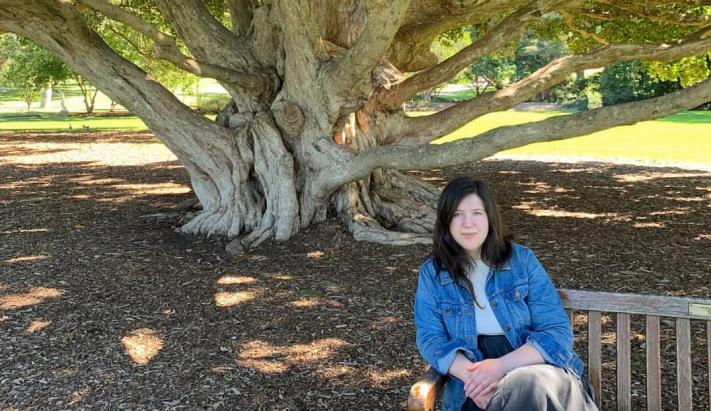 Back when Fridays were turned over older songs excavated from my digital collection, the edition that landed around the U.S. federal holiday Independence Day often featured a track that somehow, some way spoke to the character of the nation celebrating its anniversary. I didn’t intend to follow the same model with the current sharing of a song to close out the working week. I sorted through my options and landed on the latest from Lucy Dacus because she simply one of my favorite current songwriters, who also delivers her tuneful handiwork in with illuminating performances.

“Forever Half Mast” is, according to Dacus, “about american cognitive dissonance,” and it’s aswirl in mixed emotions and misgivings. Those are basically Dacus’s specialties, but it’s especially potent to hear her sensibility applied to a broader topic, to weightier concerns. The song avoids easy platitudes or didactic sloganeering. Dacus opts instead to evoke the perpetual existential fretting of this moment in time, when the lyric “Yes, you’re evil but you’re not that bad” can feel like the full extent of achievable solace. We are broken, and it’s okay to say so.

So I might not have thought about the right song to place in this space for the 4th of July. Luckily, Dacus did that thinking for me.