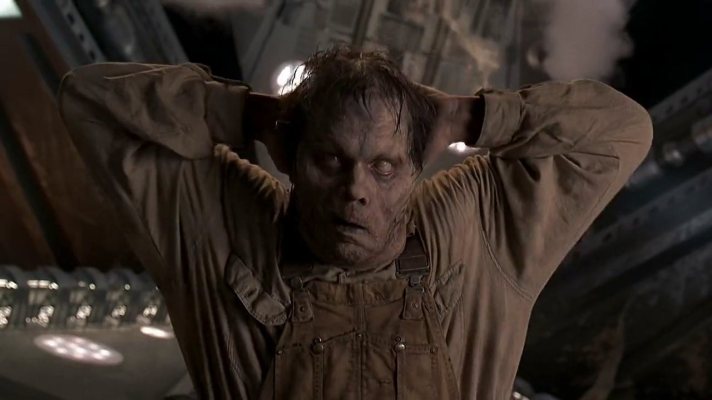 Look, it’s probably a stretch to call this article an oral history, since it’s really comprised of nothing more than two interviews — with Vincent D’Onofrio and director Barry Sonnenfeld — interwoven. And I’m not sure what weird clickbait sorcery the Vulture editors think they’re perpetrating by highlighting the single moment when D’Onofrio downs a glass of sugar water. Setting aside the framing flaws, this is fine recounting of the oddball ingenuity D’Onofrio brought to his performance in what is ostensibly just a silly sci-fi comedy. I recall Tommy Lee Jones briefly marveling at D’Onofrio’s work in some sort of HBO First Look or other behind-the-scenes promotional endeavor, acknowledging that there’s not a lot of research an actor can do to develop verisimilitude in portraying a giant space bug collapsed into the skin shorn from a human victim. I’ve thought about including this feat of acting in the Greatish Performances feature even since I launched it, but I felt capturing its wonders was beyond my capabilities. This article manages what I could not. 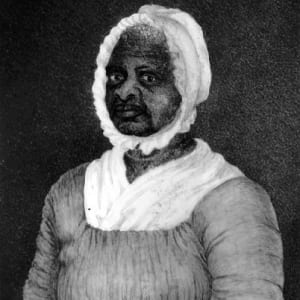 Rebecca Traister has already been highlighted once before in this fledgling feature, and I’m sure I’ll cycle back to her again and again. In my estimation, few writers, thinkers, and communicators are capturing the mood of this fraught moment better than her. Rather than an essay this time, I’m linking to a transcript of a speech she gave in a keynote address at the annual event that includes the awarding of the MOLLY Prize, named for Molly Ivins and honoring excellence in journalism. (This year’s winner is Hannah Dreier, who also earned a Pulitzer for her reporting on MS-13.) A major part of Traister’s current advocacy is taking today’s intense commitment to fighting the regressive-policy-preserving cads in the power structure and showing how it echoes other points in history when the citizenry stood up for themselves. In this speech, Traister shares the story of Elizabeth Freeman, who was given the name Mum Bett when she was born a slave in middle of the eighteenth century. Freeman successfully sued for her freedom in a case that is widely credited with leading to the abolishment of slavery in Massachusetts. She should be featured prominently in the history books, and every pedestal on which a Confederate soldier’s bronzed figure resides would be better served with a commemoration of Freeman and others like her. These stories are hidden for a reason, and making them prominent is a valuable tool in moving us forward as a society. So I’ll do my small, small part and place Freeman’s picture here, to accompany the link to Traister’s speech. When I read Traister’s words, I’m reminded of how vital it is to keep teaching, and to keep learning.

Never a victory so Twisted by Scott Gordon 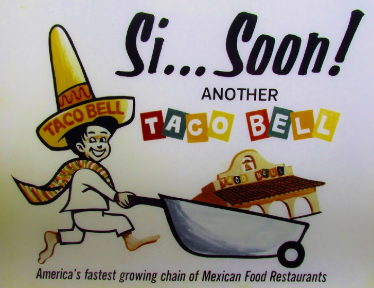 One of the true pleasures in moving back to the city of my birth is becoming reacquainted with a uniquely rambunctious community culture. It’s been particularly helpful to discover the handful of newer media outlets that operate with a whip-smart hardihood in alignment with the broader municipal personality. And there’s no finer chronicler of the telling absurdities of Madison, Wisconsin than Tone Madison. (Full disclosure: Some of my awkwardly-assembled sentences have occasionally appeared in that digital space.) This week, the site’s fearless leader, Scott Gordon, braved an upgraded Taco Bell on State Street, in the bustling heart of the city’s downtown. So why cover a chintzy fast food outlet debuting a limited, highly regulated menu of alcoholic offerings in a desperate attempt to extract traveling money from the pockets of college kids? The emergence of a Taco Bell where, in theory, drunkenness can be achieved is emblematic of a sea change in the city, the ballot box deposing of a seeming mayor-for-life whose foundational student radical spirit slowly atrophied into curmudgeonly opposition to practically all new liquor licenses, in addition to more problematic erosions of his progressive principles. Gordon burrito-wraps all of that lingering political drama into the article, while effectively conveying the experience of day drinking in a nearly empty Taco Bell on what’s theoretically a gala day celebrating the victory of corporate persistence. The details in the piece are so well-chosen that I find myself hoping Gordon strays from his usual beat and finds a way to cover the opening of the Taco Bell-themed hotel and resort in Palm Springs.

The Plot Against America (2004) by Philip Roth

Now that I’ve set aside Saturdays to celebrate the writing of other people, I think this is where I’m going to comment on — and therefore keep track of — the books I’ve read. (So rest in peace, Great Moments in Literature. You served me well.) This Philip Roth novel was published twelve full years before the 2016 presidential election, and yet it perfectly — and I mean perfectly — captures the toxic nationalism, bigotry, xenophobia, and id-driven selfishness always simmering in the national character that has delivered us to this dreadful moment in time. Focusing on the experience of one New Jersey family in an alternate history in which Charles Lindbergh’s “America First” movement put the famed aviator and Nazi sympathizer in the White House, ending Franklin Roosevelt’s tenure after two terms. Roth expertly shows the way wide social and political issue reverberate down into personal lives, and he meticulously tracks the slow progression of citizen-stifling policies until democracy is being fully papered over with totalitarianism. It is such a precise allegorical reflection of the current moment (except that the fictionalized Lindbergh is actually skilled in guising his ill intentions and ugly prejudices) that the copyright date on the book seems like a typo.