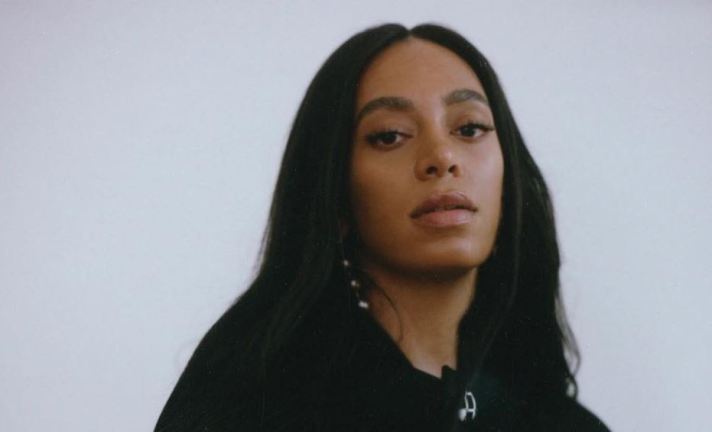 The baby sister in the intimidatingly talented Knowles clan, Solange faced a monumental task in following up 2016’s A Seat at the Table, which was widely and justly celebrated as an elegant reinvention of classic soul music. Blazingly smart and unmoved by commercial trends, the album is a jarring, compelling statement of purpose. It simultaneously demands to be built upon and to be left left alone as its own precious thing, no wavering echoes to diminish its clarity. In solving the puzzle, Solange took perhaps the only route that made sense: She looked to a genius.

Solange has made no secret of the influence of Stevie Wonder on her latest album, When I Get Home. There are other sources she drew on, to be sure, but the the Motown maestro looms largest. The Wonder influence is evident from the very beginning, as “Things I Imagined” starts the album with intricate keyboards and tones, Solange repeating the title with minute alterations of cadence and texture, a mantra of kaleidoscopic melody. Her prevailing methodology is found therein. These are soul songs, but they largely eschew any easy, comfortable tools, such as ruthlessly engineered hooks or overly familiar song pop song structures. Solange isn’t drawing from Wonder’s younger years, when he blasted perfect pop like a jet engine, not his later efforts, drenched in audience-pleasing sentimentality. She tips her crown to mid-era Wonder. These are symphonies of modern sound, empires of emotion.

The music probes and undulates in such a way that it can seem the sonics of the album were created by running the captured electronic signals of Solange’s mind through a transmogrifying synthesizer.”Down with the Clique” is a prime example, shifting, surging, and simmering. The results can be playful, as with the rubbery lines and sound effects on “Way to the Show.” More often, it’s the crystalline beauty that stands out. Tracks and interludes flowing together to give the impression of one long piece, When I Get Home is consistently gorgeous.

There are statements beyond the fierce creativity of the music, but Solange maintains a enthralling coolness throughout. If it’s difficult to imagine her swinging a baseball bat against the window of a luxury automobile, there’s no diminishment of authority to her message. Instead, there’s a thrilling offhand power to “Almeda” (“Black skin, black braids/ Black waves, black days/ Black baes, black things/ These are black-owned things”) and the complicated aspirations on the sparking “Binz.” She is thoroughly in charge and doesn’t even have to so much as raise an eyebrow to signal it. I started this review with thoughts about the burden Solange faced in making a new album, but I’ve written myself to a realization about the fallacy of ascribing that worry to her. Solange’s command is so formidable that it crumbles my argument. Goddesses, you see, don’t have anything to prove.