Skyscraper (Rawson Marshall Thurber, 2018). A combat veteran and former hostage rescue team operative, Will Sawyer (Dwayne Johnson) is working as a security expert when he’s recruited to identify the shortcomings in a state of the art building in Hong Kong that towers over two hundred stories. Will’s family is in building when a terrorist action demolishes the structure’s defenses and set the building ablaze. And thus our hero springs into action, accomplishing the most brilliantly ludicrous physical feats on his was to rescuing those in peril and dispatching the snarling bad guys. Writer-director Rawson Marshall Thurber stages the action with workmanlike clarity if not much invention. The bigger problem is that he lacks a taste for the kind of bright outlandishness that might have pushed the film into the giddy stratosphere of snapping bubblegum delight. Skyscraper should be far more fun than it is.

Won’t You Be My Neighbor? (Morgan Neville, 2018). Largely a straightforward recounting of the career and influence of television icon Fred Rogers, Won’t You Be My Neighbor? emulates its subject by gently making the case for kindness and understanding. Documentarian Neville has enviable access to key collaborators and loved ones in Rogers’s life, as well as miles of footage from various television programs, including some of his earliest efforts. That is largely enough, even if there’s a pesky sense that Neville feels obligated to introduce some more prickly elements to Rogers persona (an early lack of support for a gay colleague, a later stubbornness in his work) without having the stomach to properly explore the contradictions raised. But if there’s any person from the latter half of the American century who deserves the generosity of a hagiography, it’s Rogers. Neville’s film makes it clear that the world would be a better place if a wider swath of the population were living his lessons. 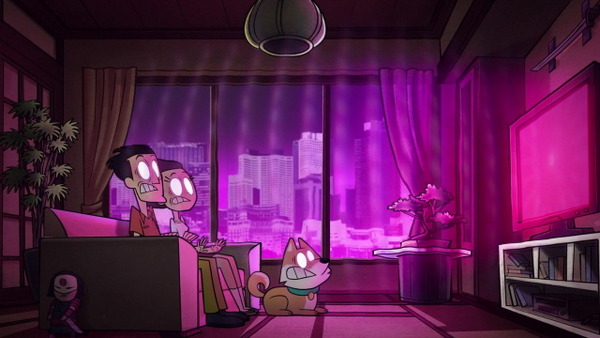 Teen Titans Go! To the Movies (Peter Rida Michail and Aaron Horvath, 2018). The time is right for a movie spoofing superheroes, and this big screen version of the popular Cartoon Network series (which is based on a long-running and regularly revived comic book team) has a cheeky energy that keeps the momentum up. In the film’s best moments, co-directors Peter Rida Michail and Aaron Horvath tap into a spirit reminiscent of the heyday of The Powerpuff Girls, which is impressive indeed. There’s no reason to expect Teen Titans Go! To the Movies would approach high genius in is deconstruction of  genre tropes. but so many of the jokes are mostly notable for their pronounced mildness. The film also has a remarkable fascination with butts. I guess that’s what make kids laugh.