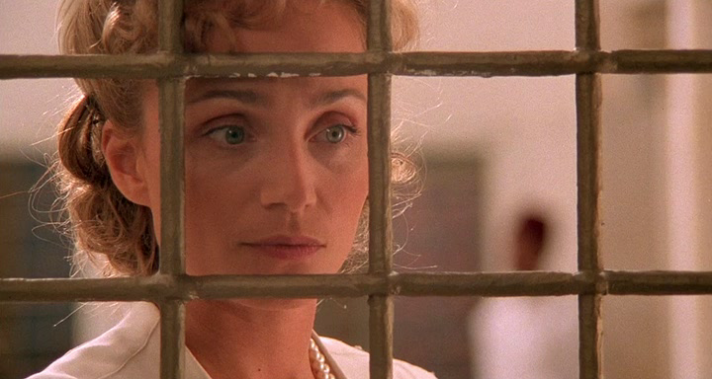 For those who care about film as a medium — who want to consume as much as possible and then openly grapple with what they’ve seen — passionate opinions represent a craving and a disease. There’s a plain desire to be moved deeply and powerfully in the way that is somewhat unique to films, designed to play on emotions in confined periods of time, successions of shots and narrative techniques perfected over the years in the pursuit of a manipulation of the senses. In its proper form, the experience of viewing is communal and entirely detached from individual control. The images are vast an overwhelming and they proceed without the opportunity to pause or backtrack. No other form of art of storytelling is quite the same, and the need to respond in alignment with its unique possibilities prompts convictions of response that are as large and certain and permanent as the films themselves. Eventually, good or bad, the accumulated reputation can obscure the art.

Over two decades after its release, Anthony Minghella’s The English Patient feels like one of those movies that has been somewhat lost in the miasma of fervent reactions it once spurred. Nine Academy Awards will do that, especially if the film on the receiving end of all those trophies is constructed with a lustrous cinematic beauty that has bestowed official importance since at least the point David Lean trained his cameras on a grand landscape of dunes. There are those who see the film as the last gasp of classic Hollywood epic filmmaking and those who see it as a dreary, self-important snooze. In either argument, it seems to me, the actual particulars of Minghella’s creation often get lost. I count myself on the side of those enamored with the sweep of The English Patient, but what really stirs me is its intimacy.

I’ve never quite understood the people who declare The English Patient to be the epitome of staid, airless, distant cinema. To me, The English Patient is about the fragility of human connection, and in wisely, wryly acknowledging the mountain of impediments thrown in the way of people coming together, Minghella’s film taps into the quiet miracle of love better than any number of more brazenly Hollywood tales of riotously joyful couplings. Working from Michael Ondaatje’s novel of the same name, Minghella crafted a film about impressions, emotions, sensations, and thoughts that linger and haunt. Mostly, though, he made a film about people.

And it’s that commitment to the personal that resulted in the various cast members, all highly skilled, being gifted with detailed characters resulting in performances that still rank as career pinnacles or within sight of the apex, anyway. There’s perhaps no clearer example than Kristin Scott Thomas’s performance as Katharine Clifton, the British heiress who enters into an adulterous affair with cartographer and explorer Count László de Almásy (Ralph Fiennes).

In some ways, the role of Katharine is structured as the typical romantic interest in an ambitious wartime epic, there to melt the heart and therefore humanize the male lead. In this instance, there’s more than a crusty facade that needs to be pierced, though. As played by Fiennes, Almásy is withdrawn, a model of internalization. When driving alone with Katherine, he openly pines for a previous trip when his companion in the truck cabin spoke only a single word during a daylong journey. In practical terms, that means Scott Thomas has to generate enough charisma for both performers in certain scenes, developing chemistry as the catalyst, but also filling in other parts or the equation. She is the inversion of him, but unlike the myriad of tedious films in which a free spirited young woman proverbially loosens the collar of a tense male before falling in line with societal norms enough to be an acceptable partner, she is also everything he secretly aspires to be, for a lifetime rather than a moment. She is forthright and intelligent and nuanced and free.

Even as Katherine is a sort of ideal, she is resonantly, painfully human. The tremors of uncertainty as she endures conflicting desires are fiercely real in Scott Thomas’s depiction. Katherine is not a mere apparatus in the story — or worse, a lever of conflict in a man’s life — but someone who carries her own history, beliefs, needs. Scott Thomas delivers the thoroughness of the character in her gaze, a constant assessment of those around her and the world fraying at its seams. She brings waves of authenticity to the highly literate dialogue and plays the role down to her very bearing. There’s a moving precision to Scott Thomas’s work in the film, a striking purity that suggests every sliver of expression holds its own delicately unwrapped secrets. She is bravely, unapologetically open.

I think the allure of Scott Thomas’s acting in The English Patient is so complete as to be nearly inarguable, which brings me back, I suppose, to the damaging certainty that cinema sometimes inspires. That’s how deeply it strikes, how consuming its influence. At its most potent, film conveys unknown truths that didn’t previously seem elusive. And the finest performances are the clearest manifestation of that. They make everything look a little different, like a veil has been snapped away. All it takes is an openness to the discovery being offered with grace and insight.

About Greatish Performances
#1 — Mason Gamble in Rushmore
#2 — Judy Davis in The Ref
#3 — Humphrey Bogart in Casablanca
#4 — Kirsten Dunst in Eternal Sunshine of the Spotless Mind
#5 — Parker Posey in Waiting for Guffman
#6 — Patricia Clarkson in Shutter Island
#7 — Brad Pitt in Thelma & Louise
#8 — Gene Wilder in Willy Wonka & the Chocolate Factory
#9 — Jennifer Jason Leigh in The Hudsucker Proxy
#10 — Marisa Tomei in My Cousin Vinny
#11 — Nick Nolte in the “Life Lessons” segment of New York Stories
#12 — Thandie Newton in The Truth About Charlie
#13 — Danny Glover in Grand Canyon
#14 — Rachel McAdams in Red Eye
#15 — Malcolm McDowell in Time After Time
#16 — John Cameron Mitchell in Hedwig and the Angry Inch
#17 — Michelle Pfeiffer in White Oleander
#18 — Kurt Russell in The Thing
#19 — Eric Bogosian in Talk Radio
#20 — Linda Cardellini in Return
#21 — Jeff Bridges in The Fisher King
#22 — Oliver Platt in Bulworth
#23 — Michael B. Jordan in Creed
#24 — Thora Birch in Ghost World
#25 — Kate Beckinsale in The Last Days of Disco
#26 — Michael Douglas in Wonder Boys
#27 — Wilford Brimley in The Natural
#28 — Kevin Kline in Dave
#29 — Bill Murray in Scrooged
#30 — Bill Paxton in One False Move
#31 — Jennifer Lopez in Out of Sight
#32 — Essie Davis in The Babadook
#33 — Ashley Judd in Heat
#34 — Mira Sorvino in Mimic
#35 — James Gandolfini in The Mexican
#36 — Evangeline Lilly in Ant-Man
#37 — Kelly Marie Tran in Star Wars: The Last Jedi
#38 — Bob Hoskins in Who Framed Roger Rabbit