It is dizzyingly appropriate that Community was a television series that eventually got swamped by its own behind-the-scenes backstory. From early in its run, Dan Harmon’s creation discarded most of its nominal overtures to sitcom convention in favor of demolishing any and all familiar tropes. The most basic summary of the show indicated that it was about a study group at a struggling community college. In actuality, Community was a television show about television shows, so enthralled with the clicking gears of traditional narrative that cracked the shell right off the machine, peering excitedly inside. It makes sense. That’s where all the action is.

Devoutly, defiantly strange, the show had no business being on a major network, and the executives at NBC, the program’s original home, never seemed to understand it. Even as the fans were engaged in a spirited, adoring dialogue with the show — utilizing then-upstart social media platforms like Twitter and Tumblr — there was an air of bafflement to any official network and studio interaction with the show, up to the insane renewal to a fourth season without a corresponding invitation to return for Harmon, whose singular, obsessive vision provided the suspension cables to the dangerously swaying bridge. That drama combined with the fervent fan campaigns willing multiple seasons into existence — largely on the prompt of a single throwaway gag — to make Community about the construction of Community as much as it was about anything that actually made it to the screen for a Community episode. 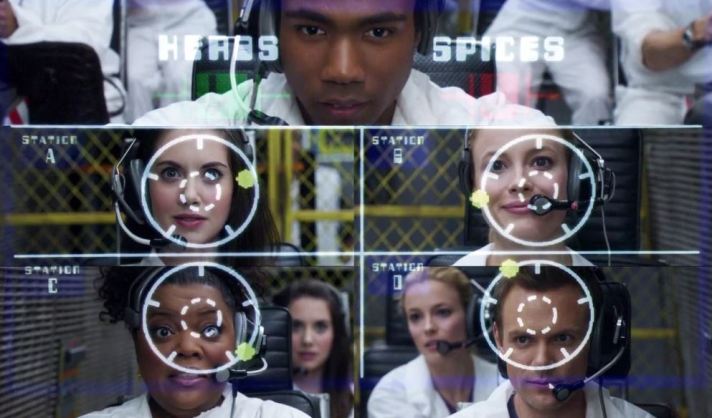 Before that whirlpool of self-reflection started its unstoppable swirl, Community was often a work of pure brilliance, offering a new standard for how inventive a comedy could be, at least if the particular were at all capable of being repeated. By its very nature, the show was destined to burn itself out. It wasn’t a candle lit at both ends; it was a stick of dynamite with a dozen fuses.

Given its postmodern, meta layering, Community could only get so far. Repeatedly demolishing and rebuilding a structure will always leave it rickety over time, no matter how much loving care goes into the process. Anyone laying odds surely would have pegged season two as the likely creative peak: characters and relationships have been established well enough to develop easily reachable story possibilities but the jolt of newness can still exist. The path is worn in, but not trampled into disrepair.

What’s remarkable is just how good that second season is. In its exploitation of the possibilities — made more boundless by the narrative shenanigans that are key component — Community takes advantage of the strengths of classic narrative structure while brightly calling attention to the contrivances built right in. During the first season, the show skewed towards more specific spoofing — lifting directly from the likes of M*A*S*H and Goodfellas — but the second season took swings at genre more broadly, which, in a lovely paradox, actually allowed Harmon and his collaborators to be more specific. There were still little riffs that could be tied to a single pop culture predecessor, but there was a greater likelihood to parody material more generally: zombie and infection movies in “Epidemiology,” twisty mysteries in “Conspiracy Theories and Interior Design,” and the whole range of action-based cinema in the spectacular paintball two-parter that closed the season. 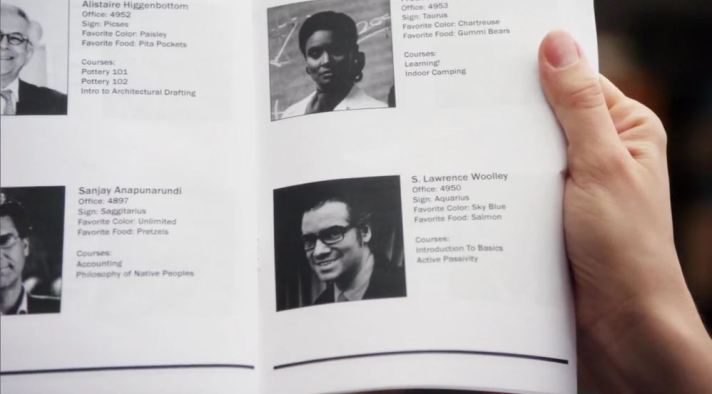 Even as the deconstructionist showmanship is the dominant personality trait of the season, the show the would stall out if there was little else going on. Harmon and his collaborators keep the material firmly grounded in character. As fun as it, in “Cooperative Calligraphy,” that the characters in a bottle episode are constantly discussing the rules and motivations of a bottle episode, it is ultimately the soundness of those characters — and the writers’ ability to shrewdly spark them off each other — that makes it work. Similarly, “Advanced Dungeons & Dragons,” arguably the high point of the entire season, is fun as an excursion into the geekiest corner of geekdom, but it’s the way the episode still manages to offer revelatory glimpses of the people moving through the fiction that gives it resonance past the gimmick.

The improbable balance of the show is evident in the pendulum swings between churlishness and warmth. “Intermediate Documentary Filmmaking” takes bitter swipes at the storytelling shortcuts available to comedies that adopted a quasi-documentary format (notably The Office, Parks and Recreation, and Modern Family) and yet also slaloms convincing to genuinely poignant moments. And “Paradigms of Human Memory” parodies the laziness of clip shows by sprinkling in highlights of episodes that never happened, ingeniously deploying the offhand resolution of one of the will-they-or-won’t-they storylines of tedious necessity that the series included. It plays like an odd gesture of respect to the characters, wresting them from the threadbare cliche with a minimum of fuss.

That commitment to an internal emotional integrity that is at least as robust as that energy devoted to the the excitable storytelling card tricks is vital to the second season of Community. An exercise in meta-narrative, no matter how clever, can easily feel hollow. That problem is avoided by filling the empty space with heart. That explanation is itself a wincing cliche. But Harmon and company proved that knowing mockery of the tried and true doesn’t necessarily invalidate a simultaneous embrace of the strengths that made the narrative tactics overly familiar in the first place. Indeed, it may allow for the loving hug to be just a little bit tighter.

One thought on “That Championship Season: Community, Season Two”