13. The House of Love, Babe Rainbow

As I noted in the introduction (see below!), this chart comes from a point in time during which I was keenly attuned to the music moving through our college radio station, knowing full well that this would be my last dance with the wide-ranging genre I loved most deeply. Even though I liked the U.K. band the House of Love a great deal (they were responsible for a single that I’m tempted to claim is one of the ten best released during my tenure at the station), I have no recollection of the album Babe Rainbow. None whatsoever. Maybe this never cycled through our rotation, though I’m not sure why that would have been the case. They were on a label that definitely serviced the station. It seems I wasn’t the only one who missed at, as the album was considered one of their weaker commercial efforts with the various singles garnering only modest airplay. There was only one more release (Audience with the Mind, in 1993) before the band broke up. Of course, reunions happen. 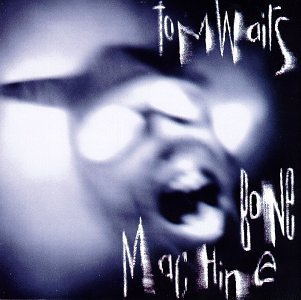 My cohorts and I didn’t reroute too much of our interest to the Grammys, but we did still take it as a welcome validation of our raggedy corner of the music business when an annual trophy for Best Alternative Album was added, beginning with the ceremony that took place in 1991. While albums we didn’t care a smidgen for were claiming the Album of the Year prize, we could take some sort of solace in the fact that the material that dominated our playlists was at least getting some attention. I offer this as a precursor to noting that I remember 90FM’s Music Director as unexpectedly livid when Tom Waits won the third presentation of the Alternative Grammy for his 1992 album, Bone Machine. In the end, I think he simply didn’t care for it all that much, maybe because its sonic aggressiveness was a little out of step with what our station was playing. After years of playing the rumpled, besotted, sandpaper-voiced crooner on his records, Waits embraced a starker vibe. The songs sound hollowed out and then refilled with crackled spookiness. Sometimes he sounds like he’s the personification of a haunted jazz club, and sometimes he sounds like rusty tacks colliding in the malfunctioning turbine. It may not always be pleasant to listen to, but it sure qualifies as “alternative” as far as I’m concerned. Seems like a good standard-bearer for the official industry awards to me.

Moodswings was a duo comprised of James F.T. Hood and Grant Showbiz, the latter known for his work with the likes of the Fall and the Smiths. Their debut album, Moodfood, made its strongest impression thanks to the single “Spiritual High (State of Independence) Pt. II,” which was part of a three-song suite on the album. It featured guest vocals from Chrissie Hynde, in those days still a pretty high-profile get for a new band.I truly believe this album charted solely on the airplay from that one track. There were four more albums to come before Moodswings ceased as going concern, in 2002.

Back in 1992, I think most would have tagged Trent Reznor as an unlikely future Oscar-winner. Reznor’s band, Nine Inch Nails, became a shrewdly slow-building sensation following the release of their 1989 debut album, Pretty Hate Machine, but there was no sense that they were interested in playing nice or compromising their sandblast sonic stylings in pursuit of commercial success or even broader industry acceptance. Reznor spun industrial music into aggressive but endlessly hooky dance tracks. It was challenging while also trafficking in just enough enticing tunefulness to overcome any initial aversion some listeners might feel. It was easy to feel daring when sampling the music of Nine Inch Nails, even if it wasn’t as fiercely angry as, say, the stuff produced by fellow Lollapalooza alumni Ministry. Broken is the band’s second proper release and their major label debut. It’s also officially an EP, even though, at thirty-one-and-a-half minutes in total length, it’s not all that much shorter than a two-sided LP, at least those released before the CD era recalibrated how much time an album could take. It does have something of a feel of a place-holder, given the inclusion of two covers and a general work-in-progress vibe. It was followed, a couple months later, by a remix release, compounded the sense of spinning wheels, albeit ones that were equipped with razor-studded hubcaps. If that raspy, feedback-tinged throat clearing was stalling, at least it was in the service of giving Reznor the time and space to find his way to his commercial and artistic breakthrough.