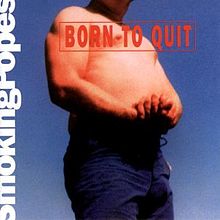 Smoking Popes hailed from the ‘burbs of Chicago and played exactly the sort of brash, punk-punched pop music that was necessary to get noticed in that noisy, busy city. Born to Quit was the band’s sophomore album, released initially on the local ultra-indie Johann’s Face Records before being picked up and reissued by Capitol Records, effectively making it their major label debut (though it would be entirely reasonable to affix that descriptor to their follow-up, 1997’s Destination Failure, which was actually recorded for Capitol and lived down to its title as it was a dud that helped get them dropped by the label). While the pop-punk standard was set by Green Day at the time, Smoking Popes lead singer Josh Catered took a distinctly different approach than Billie Joe Armstrong’s faux Brit brat snarling. Caterer opted for a sort of modern croon, making him sound like a less luxurious version of Morrissey. “Need You Around,” technically the second single off the album, garnered the most radio attention and even found a spot on the Clueless soundtrack. The band broke up in 1999, and reformed in 2005. They’ve been surprisingly prolific since then, releasing three full-length albums, basically matching their output from the first time around (there was a fourth album rejected by Capitol, that got released in the gap between the band’s two iterations). 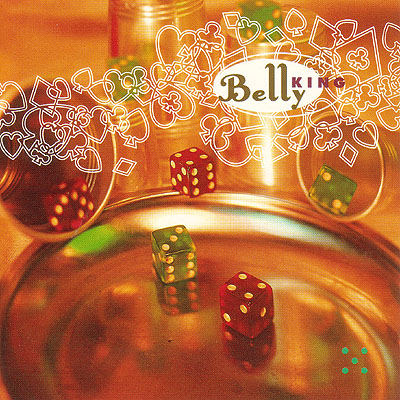 King is the second full-length release from Belly, notable as the band Tanya Donelly formed after leaving Throwing Muses. While she technically operated in Belly concurrently to her early commitment to the Breeders, this is the band that clearly hastened the end of her tenure with Kim Deal’s outfit. The Rhode Island native and Boston devotee clearly had a distinctive voice of her own, and sharing space in bands with other prominent figures jostling for creative leadership didn’t especially suit her at the time. Every track save one on Belly’s exemplary debut, Star, is solely credited to Donelly as the songwriter.

It’s a slightly more egalitarian affair on King. Exactly half the tracks featuring a co-writer, but it remains Donelly’s show, taking the glistening, tenderly off-kilter pop of the first album and expanding it every so slightly, pushing into bigger, more complex arrangements. Lead single “Now They’ll Sleep” introduces the methodology nicely, opening with a probing swirl of slightly gloomy music, making it seem like a grunge song is about to break out, at least until it pivots into a galloping pop wonder buoyed by Donelly’s trademark elusive lyrics (“You know the shape my breath will take before I let it out/ Stand like you did when I was beauty-marked in your eyes”). Familiar as it may be from the previous record in some respects, the band’s restless intensity keeps yielding new pleasures, such as the the hard jabs of the chorus on “Red” and Donelly’s willingness to push the big notes just out of her range on “Seal My Fate,” making her voice develop hairline cracks which heighten the emotion and impact of the song

The mid-tempo material is less successful. “The Bees,” for example, locks into a single gear and never gets out of it, which becomes a little numbing over the course of five minutes. The band is far more interesting when they practice a more rambunctious brand of songcraft. “King” has so many alternating tempos, melodies, and, well, vibes that it starts to feel like a half-dozen songs swirled into one, like some gooey pint of ridiculously conceived overindulgence from Ben and Jerry’s. And “Super-Connected” teeters beautifully between the ruminative and the fierce, promising an explosion that never quite arrives, the denied gratification making the track all the more intoxicating.

This album was positioned as Belly’s breakthrough, landing them on the cover of Rolling Stone for an issue that was a notoriously poor seller on newsstands (I’m convinced it was the issue that basically eliminated any further enthusiasm for aggressively championing new bands within the leadership ranks of the magazine). Donelly later claimed she knew King wasn’t going to be a hit, noting that the material on it was darker than that of the band’s debut. Around a year later, Donelly broke up the band for good, moving on to a solo career that persists to this day, albeit operating in fits and starts, including a flurry of self-released EPs in recent years. 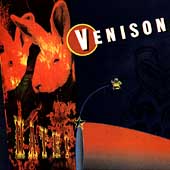 On the top results when searching “venison” and “hate” is a discussion from the website for Field & Stream magazine that offers up suggested recipes and general preparation of deer meat for those who don’t usually enjoy that particular Northern delicacy. I offer up this detail as illustration of the unique challenges inherent to trawling the internet for information about Wisconsin-based bands some twenty years after the fact. Venison originated in Eau Claire, playing a brand of brash punk rock that was surprisingly prevalent among Dairyland groups in the late-eighties and early-nineties. They wore their residency proudly, even performing a song that invokes the state’s motto. (That track opens fantastically: “I said, ‘Fuck it’/ I seen your band/ And they ain’t the Replacements/ And you don’t understand.”) Best as I can tell, Venison lasted as a going concern until about 1996, apparently playing their last show some time that summer. Naturally, though, reunions happen.